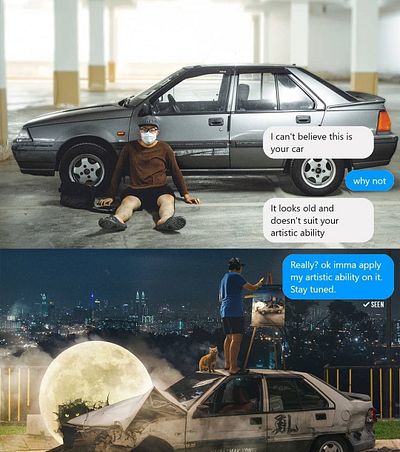 HAVE anyone ever looked down on you because of your old second-hand car? When a client told Malaysian creative, YONGL, his old Proton didn't suit his artistic ability, he didn't get embarrassed. Instead, he saw it as an opportunity to show it off to the world by using it as one of the major themes of his artworks. 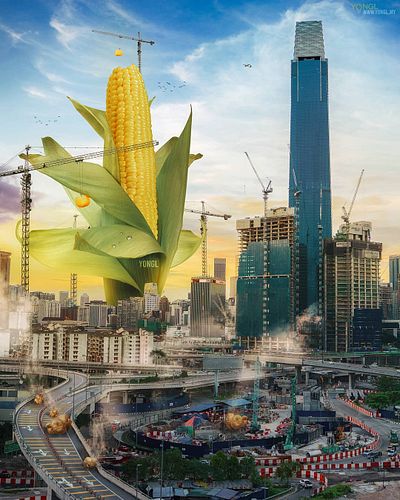 "Man VS Nature" As Told By YONGL 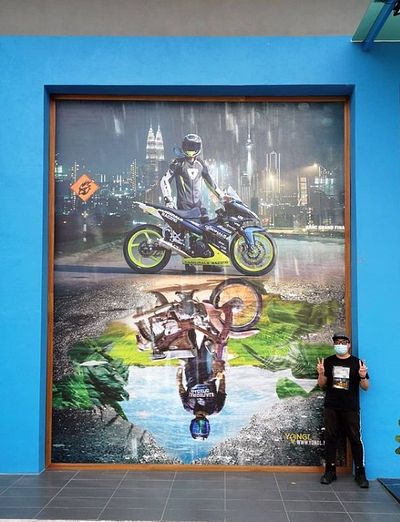 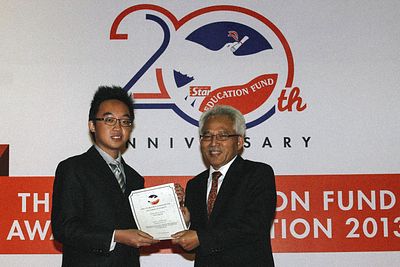